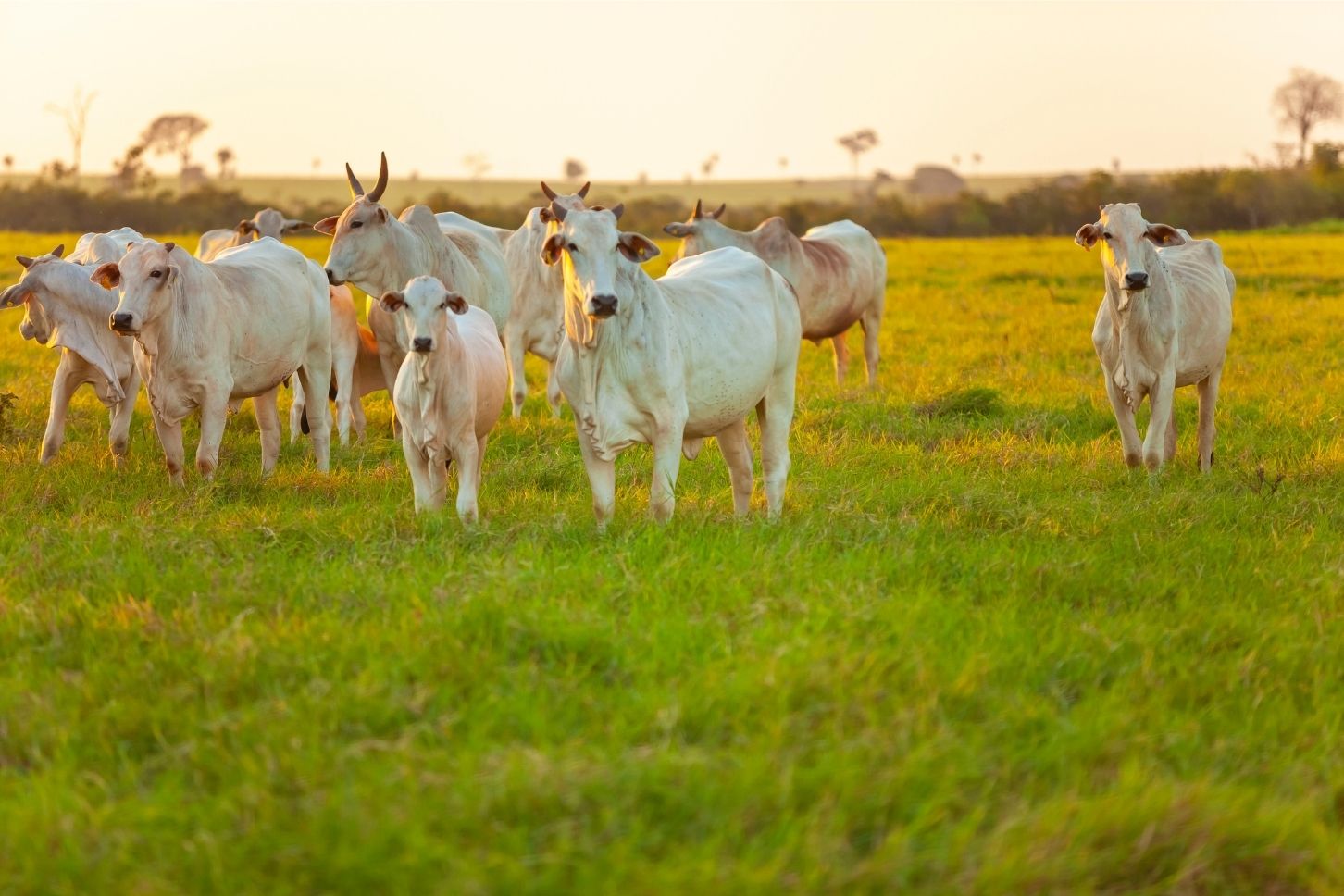 This policy was created with the invaluable support of Krista Hiddema and For the Greater Good Consulting. Krista Hiddema is a social justice activist with 30 years’ experience in for-profit and nonprofit sectors and several years’ leadership in the animal advocacy space. She can be found at www.kristahiddema.com.

This policy was created with the invaluable support of Krista Hiddema and For the Greater Good Consulting. Krista Hiddema is a social justice activist with 30 years’ experience in for-profit and nonprofit sectors and several years’ leadership in the animal advocacy space. She can be found at www.kristahiddema.com.

The ProVeg Grants Program (“PVGP”) is committed to providing a safe and professional working environment free from all forms of inappropriate conduct, including discrimination, bullying, intimidation, non-sexual harassment, sexual and other forms of harassment including racial harassment and species harassment, other inappropriate conduct, and retaliation (summarized as “Discrimination and Harassment” throughout this policy).

Discrimination and Harassment can have significant negative effects on the mental, emotional, and physical wellbeing of individuals experiencing or witnessing these harmful behaviors. Discrimination and Harassment can also harm team morale, overall culture, productivity, long-term sustainability, and ultimately, our ability to carry out our mission to empower advocates to help to create a world where everyone chooses delicious and healthy food that is good for all humans, animals, and our planet.

The PVGP has therefore developed this policy to help make obvious the organization’s commitment to not only complying with all Discrimination and Harassment laws in the countries in which we operate, but to exceed the law in many regards as a way to foster an organizational culture in which everyone is treated with respect and dignity.

This policy applies to everyone who is involved in the ProVeg Grants Program. This includes ProVeg employees and contractors, ProVeg Grantees and their workplaces, ProVeg Accelerator Participants, and any other stakeholder who is involved in our Grants Program. For the purposes of this policy, we will use the term “Stakeholders” to refer to all of these individuals collectively.

The names and contact information for the Designated People are:

Every Stakeholder is responsible for contributing to a positive work environment and maintaining a professional and respectful workplace.

And, as part of that communal responsibility, we ask that any Stakeholder who becomes aware of Discrimination or Harassment in the PVGP workplace or the workplace of a grantee —even if they are not directly involved—report it to one of the two specially-trained “designated people” that we have noted above.

Since we can only act on inappropriate conduct that we are aware of, we must emphasise how important it is that you never hesitate to inform one of the two Designated People of any possible Discriminatory or Harassing behaviours. They will help to determine if the questionable conduct is considered to be inappropriate and will help to determine next steps to take, if any. We truly need to work together and hold one another accountable for creating a safe space for everyone.

In order to ensure that we all understand the meaning of the different words that we are using in this policy, we have included definitions. While it can be challenging to define words, we have also included examples in hopes that this might provide greater clarity. If any of these definitions are unclear, however, please talk to one of our Designed Persons, who will be happy to help to explain it to you further.

The workplace is defined as any place, physical or virtual, where PVGP-related or PVGP grantee activities occur, including meetings, conferences, training sessions, travel, social functions, and electronic communication. Given the nature of our work, we acknowledge that most of our communications are virtual, and as such, virtual communications includes but are not limited to Google Workspace, Slack, Zoom, email, text, social media, phone calls, and any other PVGP-related communication tools.

Discrimination is the differential treatment of or hostility toward an individual on the basis of certain individually identifying characteristics such as race, color, ethnicity, national origin, citizenship, religion, sex, gender or gender expression, sexual orientation, class, caste, marital status, age, ability, or any other factor that is legislatively protected in the country in which the individual works.

PVGP extends its definition of discrimination to include the differential treatment of or hostility toward anyone based on any characteristics such as socioeconomic status, body size, political affiliation, or other belief or identity-based expression, regardless of legislative protection in their countries.

Bullying, intimidation, and non-sexual harassment refer to unwelcome conduct—including physical, verbal, and nonverbal behaviors—that upsets, demeans, humiliates, intimidates, or threatens an individual or group. Harassment may occur as one incident or many, and if these behaviors become habitual they may be described as bullying.

Harassment has the purpose and/or effect of interfering with an individual’s work performance, adversely affecting an individual’s employment opportunities, and may also impact an individual’s dignity and self-respect. When the conduct is pervasive or severe, it can create an intimidating, hostile, or offensive work environment.

Harassment can occur between two or more people regardless of whether or not one is in a position of power.

Sexual harassment is defined as unwelcome sexual advances, requests for sexual favors, and other physical, verbal, and nonverbal behaviors of a sexual or intimate nature. Sexual harassment may include both overt and subtle behaviors and may involve individuals of the same or different genders, or those who don’t identify with a specific gender.

Racial, ethnic, caste, or religious harassment is defined as unwelcome behavior due to one’s race, ethnicity, or religion.

Disability-related harassment is unwanted, exploitative or abusive conduct against disabled people which has the purpose or effect of either: violating the dignity, safety, security or autonomy of the person experiencing it, or creating an intimidating, hostile, degrading or offensive environment.

Other inappropriate conduct is described as disrespectful or disruptive behavior, such as repeatedly interrupting colleagues during conversations or meetings, disregarding others’ opinions, taking credit for others’ work, chastising or mocking others, using inflammatory language with the intention to intimidate or make others uncomfortable, and otherwise acting in a manner that harms others or the mission of the organization.

Retaliation will not be tolerated by any party at any level. Retaliatory acts, if they occur, should be swiftly reported to one of the two Designated People and will be seriously and promptly addressed.

If you feel that you have been the subject of Discrimination or Harassment, there are multiple options for you to consider. These range from handling it on your own to seeking out support in handling it.

Please find below some suggestions regarding the various routes of resolution.

A Stakeholder may attempt to resolve their concerns by direct communication with the person(s) engaging in the unwelcome conduct. If the Stakeholder feels comfortable doing so, they are encouraged to communicate their disapproval in clear terms to the person(s) whose conduct or comments are or have been offensive.

We do suggest that if you choose this method, that you record all perceived incidents of Discrimination and Harassment as they occur, no matter how small, as such records are helpful for providing context if the unwelcome behavior is repeated, or if there is a need for further inquiries or investigations. We also suggest that your records include the date, time, details of the conduct, and witnesses, if any.

Stakeholders who may be not comfortable with Self-Action are encouraged to seek advice from one of the Designated People who will assist you by:

If the problematic person is a Designated Person, you should approach the other Designated Person or any member of the ProVeg International Board of Directors, ProVeg HR, or ProVeg Executive team.

During the course of an investigation, ProVeg may implement interim measures as necessary with the express purpose of protecting all parties.

Discrimination and Harassment matters will be kept as confidential as reasonably possible. Some information may need to be shared with certain trusted parties during the course of an inquiry or investigation.

Records will be kept for reference as needed if potential legal matters are pursued by the individuals involved or the organization. Records will be kept in a confidential file under the purview of the Designated People, ProVeg HR, ProVeg Executive Team, and/or ProVeg International Board of Directors, unless there is a conflict of interest, in which case the file will be kept private. Records will not be filed under individual personnel records but rather in a separate file totaling all complaints as a method of identifying patterns of behavior by alleged offenders.